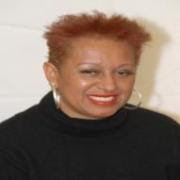 Stephanie K. Rones started her career as a legislative attorney for the Washington DC City Council. She then joined the NAACP as Assistant General Counsel. Thereafter, she started and worked within a general practice that included family law. Additionally, Stephanie has supported and advised many nonprofit organizations focusing on black women and domestic violence.

Stephanie is a native of Ward 7, attended a DC public school, and remains active in DC's civic affairs.

Stephanie graduated from Georgetown Law Center after attending the University of Southern California where she earned a Bachelor of Arts in Economics.